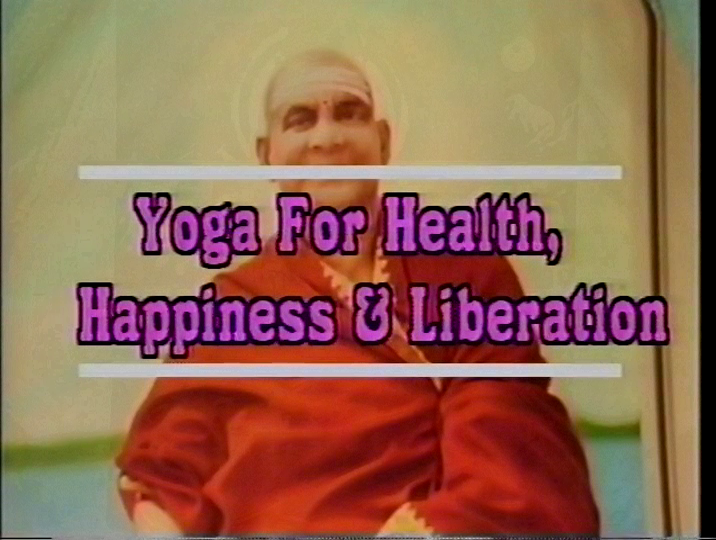 This particular blog post includes programs that demonstrate physical movements that are referred to as “asanas” from the Hindu or Indian origins of yoga.  The programs include very accurate and detailed descriptions of several key asanas, as well as some demonstrations of the relaxation elements of yoga through “Savasana” (also known as the Corpse Pose).

The first two video modules are a continuation of the earlier Part One post as they continue the discussion of meditation.  In the near future I will create a post focused on the meditation teachings of Bharat and the SIvananda tradition, but for now they are integrated in two blog posts entitled:

The asana poses are a  key facet of “Hatha Yoga” as taught by Bharat and Meeta, in addition to breath work and breathing exercises like “pranayama”, and relaxation as demonstrated in my most recent conversion and upload of the practice of “Savasana”.

The best program to view demonstrated poses and instruction in completing these poses is probably the one entitled:

Viewing the program on Savasana is highly recommended as a follow up to the practice of the asanas on tape 7 or any other program that includes physical postures or hatha yoga poses.  Savasana as a practice is fully discussed and demonstrated on the program entitled:

Yogi Bharat Gajjar recorded his own Cable TV Show in the 90’s discussing the benefits of yoga and meditation for health and wellness.  Yogi Bharat was a yoga teacher from the Sivananda tradition of yoga, and with his daughter Meeta produced a local cable access show that taught yoga asana, meditation and philosophy in 1/2 hour programs.

Meeta and I are converting VHS copies of the  television program that Bharat and Meeta co-hosted on the local access channel of a cable television provider in the Wilmington DE area, which at one time was called Rollins Cablevision.  This began in the early 90’s just before Bharat retired from DuPont.

The show was called “Yoga for Health, Happiness and Liberation”.  Bharat teaches in the Sivananda Tradition of Yoga that traces its lineage back to Swami Sivananda Saraswati (aka Master Swami Sivananda) of Rishikesh India.  Master Sivananda’s  emissary to America and the west was Guru H.H. Swami Vishnu Devananda Maharaj; Bharat states “everything I know about Yoga is through his grace”, and refers to him as “Swamiji”.   Swamiji was Bharat’s guru as he developed his yoga practice.

I have added two more programs to the Foundations of Yoga series, numbers 14 and 15 of that particular series, with a discussion of Dharma in the former, and Maya and Illusion in the latter.

Meeta says that there were approximately 275 shows presented through the cable affiliate.  We are presenting a number of them through this online upload to youtube, facebook, Instagram, and here on my blog I will feature some.  For the full playlist of programs converted so far, please follow this link: 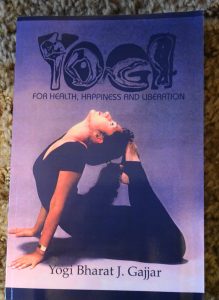 Yoga for Health, Happiness and Liberation

To order this book contact Meeta Gajjar Parker through meetaparker@gmail.com

“Breathing in, I calm body and mind. Breathing out, I smile. Dwelling in the present moment I know this is the only moment.”
― Thich Nhat Hanh, Being Peace