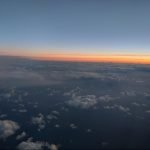 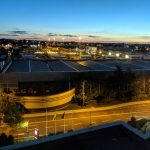 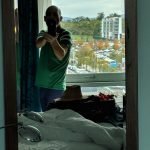 Sunday 06 October 2018
Today’ Meditative Message is:  It’s All about the Music.
I was struck by this astrological message when I logged in today.
Pisces, as a water sign, you’re a deeply intuitive and spiritual being, and as a water zodiac sign, you often can let things go in order to maintain peace. However, it’s not time the right time to be silently tolerant, if you have been waiting for things to change without your input or on their own. It’s time to live out your truth beautifully to influence your world with positive love and making something new out of the same old-same old.<< {Downloaded 10/06/18 from https://www.yourtango.com/2018317670/october-6-2018-horoscopes-astrology-today-forecast-zodiac-signs}
I am not an ardent follower of astrology, or following my horoscope on a regular daily basis, but I feel there are some general character traits that could be astrological in their formation.  In my case, I feel that the first two lines contain some truth about me.  I learned the hard way about the negative aspects of letting things go in order to maintain peace, and I am working on the second part of living my own truth to hopefully influence the world with positive love.
The day of this forecast 06 October was my 34th wedding anniversary, but my wife Ann passed in 2017 from ovarian cancer.  I did find out that hurts as much in Dublin as it does in PA where I am from.  But what I really was struck by was the reference to being an intuitive and spiritual being.  Because, to speak my truth, it was intuition that I felt told me to go to Dublin, and I feel like I have honored that as I sit in my hotel in Dublin typing this blog post.
There were other factors of course, as I will explore in subsequent posts, but at the heart of it was this “voice” telling me to go, even though there were periods of constant mind chatter about how I could not really afford it, my health challenges would put me at great risk, I should wait for a better time, on and on it could go.
With the help of a lot of great people,  I made it this far, and was able to watch my American football team the Philadelphia Eagles taste defeat in an Irish sports bar.  That also hurt the same, but I suspect will not be as hard to forget as it is at home.
One other factor that might influence my trip is that I no longer drink alcohol.  So my truth is that I am an Irish-American in the land of Guinness, Harp, and Jameson and I am trying to  to stay true to my non-alcohol ways for health reasons. Of course the general perception and reaction is all about the pubs and the drinking, but it’s no longer my thing.  But the music in those pubs certainly is my thing.  More on that hopefully to come.
Now the question is, Why has my intuition led me here in the first place?  What am I meant to learn from this experience?
Slainte.
{Sláinte is the basic form in Irish Gaelic. Variations of this toast include sláinte mhaith “good health” in Irish Gaelic (mhaith being the lenited form of maith “good”). In Irish Gaelic, the response to sláinte is sláinteagad-sa, which translates “to your health as well”.}  Wikepedia