My Path Through Yoga 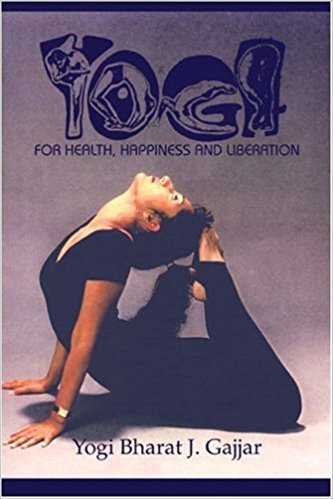 As I have decided to prepare and present a speech to my Toastmasters club  on my experiences with yoga, I decided to also present the speech through a series of blog posts. My hope is that through my experiences, I can help to promote some wonderful and dedicated practitioners of yoga from several different traditions.  I encourage any readers of these posts to please check out the classes, books, CD’s, DVD’s, blog posts and courses of the folks mentioned, as they all provide great value for the time you will invest.
My first encounter with yoga was during my college years in 1975 when I saw a notice about a class being offered in the student center.  My girlfriend at the time Kathy was  back in Conshohocken PA while I was down in Newark at the University of Delaware, and she mentioned she was enjoying yoga classes.  I decided to check the class out.
It was offered by a gentleman known as Bharat Gajjar, who, when not teaching yoga, was an engineer with the DuPont Company.  Bharat’s class was a mixture of movement, (known as asana), chanting, and meditation.  I thought it was wonderful, and I was hooked.
At that time, I was ignorant to the depth of the yoga I was learning.  I did not know about things like lineage, the guru tradition, Tantric philosophy.  I did not know the yoga Bharat taught was from the Sivananda tradition, with roots deep in the Indian Hindu tradition.  This would all come later.
Bharat was teaching Hatha yoga, but in a true and very pure manner.  I was a beginner, so I have to say it was appropriate for beginners, but at the same time was very authentic to the Sivananda traditions of hatha yoga.  Every class included some aspect of the Sivananda tradition in addition to the hatha yoga asanas, such as breathing exercises (pranayama), mantras (chanting), and even some kirtan (singing), and meditation.
These elements are not included in all yoga classes currently offered in studios and fitness centers, although there are certainly some that do incorporate these aspects.
Bharat’s teacher Swami Vishnu-Devananda was sent to the US by Swami Sivananda to promote yoga in the US; Swamiji as he came to be known, created a practice that is held in high regard even today, with many Sivananda studios, and even the camps started by Swamiji (with Bharat’s help) still in operation.  Bharat is credited with being the first to bring yoga to the First State of Delaware.
Both Bharat and Swamiji authored books on yoga and meditation, and featured below are the covers of their respective books.  Gracing the cover of Bharat’s book is his lovely daughter Meeta, now Meeta Gajjar Parker.  Meeta is carrying on the Sivananda tradition with her own yoga classes, which I can say as someone who has attended many yoga classes, are very unique in that they include a guided meditation with each class.
You can find Meeta teaching currently through an ongoing series of classes offered on Wednesday nights through Newark Parks and Recreation sponsorship at the Newark senior center.  I don’t think people realize what a jewel they have there in Newark, as she offers a wonderful practice for only 8-10 practitioners, while I see people pack into other classes just to be squeezed in because a teacher with national exposure is in town.  I know, because I have been one of those people.

In addition to her career as an instructor in the Sivananda tradition, Meeta has incorporated the tradition of “Firsts” to be the first female rock singer of Indian ancestry, performing often in the Delaware and New Jersey music scene.  For more info on upcoming events, or to hear her original and cover music,  please check out Meeta Gajjar Parker on facebook, youtube, CD Baby , soundcloud and itunes.
Meeta is supported by her husband Frank Parker, as he handles her live sound appearances and helps with the recording process when she is working on new material.  A new CD of some wonderful covers of a diverse group of songs by Bruce Springsteen, Lou Reed, and even Pink Floyd is expected soon.